Pathways Radio with Paul O’Brien features 30-minute conversations with authors, luminaries, and leaders about personal development and cultural evolution. Paul O’Brien has been the host since 1984, when the program began airing on KBOO 90.7 FM in Portland, Oregon.

You can listen to episodes of Pathways right here, or wherever you get your podcasts.

Polly Campbell is author of the new book, Imperfect Spirituality: Extraordinary Enlightenment for Ordinary People. Polly is a writer and speaker specializing in personal development and spirituality topics. Her work appears regularly in national publications and she is a blogger with Psychology … Read More & Listen »

David Rynick is author of the new book, This Truth Never Fails, A Zen Memoir in Four Seasons. David is a Zen teacher authorized in two lineages, a Korean Linji lineage and Japanese Soto one. He’s a founding teacher of Boundless Way … Read More & Listen »

Robert Beatty describes the Portland Insight Meditation Community. He brings 35 years of Buddhist practice to his teaching and therapy. He is a successor to Ruth Denison in the lineage of the Burmese master U Ba Khin. Robert is a member of … Read More & Listen » 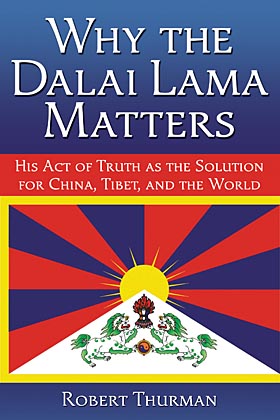 Daniel Stacy Barron speaks about the emoto-spiritual paradigm of Theohumanity. He is the originator of Emotional Body Enlightenment (EBE), and founder of Project Theohumanity. Daniel has been an EBE facilitator for over fifteen years providing personal, couple, & group intensives. He also … Read More & Listen »

Lama Surya Das talks about his book, Buddha Is As Buddha Does; The Ten Original Practices for Enlightened Living. Lama Surya Das has spent more than thirty-five years studying Zen, yoga, and Tibetan Buddhism with the great spiritual masters of Asia, including … Read More & Listen »

Gehlek Rimpoche presents his book, Good Heart, Good Death: Tibetan Wisdom on Reincarnation. He was born in Lhasa, Tibet, in 1939, is a highly regarded Buddhist teacher whose deep understanding, drawn from the rich wisdom of the Tibetan culture, is presented with … Read More & Listen »